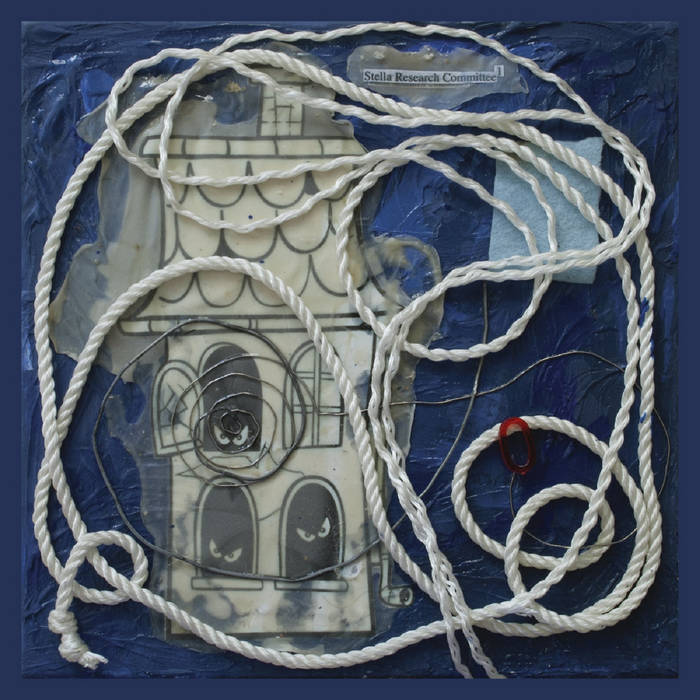 FOR DIGITAL DOWNLOAD AND LIMITED EDITION VINYL GO TO stella.bandcamp.com

"A first run through A Proposed Method for Determining Sanding Fitness by the Cincinnati / Columbus based no-wave / noise-rock trio Stella Research Committee speaks to the enduring legacy of the convulsive spasm of unregulated expression of the garroted power trio set-up. In it we hear a weaponized insurgency against form implanted into the concussive blasts of nerve-shredded guitars and electronics, hoarse shouts into the void and pummeling percussion undergirding the compositions with carpet-bombing intensity. Like all good noise-rock, the agitated output is an audible channeling of the absurd horror and malaise of life in a dying empire. There is no mythologizing of expression here. Disgraced Mets center fielder Lenny Dykstra steroid-fueled rants and Brainbombs death-threats are given to the same type of exegesis. A recognition that we are defined by our most naked and unhinged moments. Spiritual clarity while blasting Throbbing Gristle while screaming through the Midwestern dead space of I-71 between Columbus and Cincinnati.

Stella’s subversion of the power-trio is on full display with their fifth full length. Comprised of Kevin Hall (guitar / vocals), Tony Squeri (electronics / keyboards) and Lauri Reponen (Drums) Determining Sanding Fitness channels all of the skronk and fury of AmRep noise-rock bands like Cherubs and Steel Pole Bath Tub. The inherent rawk-ness of a low end is replaced with a blast cabinet of pounded synths (“The Blast Cabinet Conference”), arpeggios with threatening auras (“Murdurd”), four-on-the-floor hard techno suggestions (“Nails”) and atonal drones (“River Rd.”) that seethe and loom in and through Hall’s percussive guitar work and Reponen’s free-jazz influenced percussion.

The realization of this potent guitar / electronics / percussion format is given full expression on Determining Sanding Fitness. There is a tempering smolder of restraint between the sell-all noise assaults and the clever exploration of melody through simmering electronic passages. These passages explore the relationship between Squeri and Reponen’s trading relationships between anchoring the track’s tempo to the expressive and improvisatory space they are able to take up. It’s fascinating to hear this tension between scene setting set-up and crescendo after crescendo of percussive blasts.

Fostered in Cincinnati’s feral noise scene, Stella Research Committee - along with bands like Hissing Tiles, Fruit LoOops and Daumier - have internalized the excesses of noise-rock and no-wave forefathers and have given birth to a sound that is universal in its barely contained primal yelp, but somehow quintessentially Midwestern in its austerity and directness."

Mastered by James Plotkin at Plotkinworks