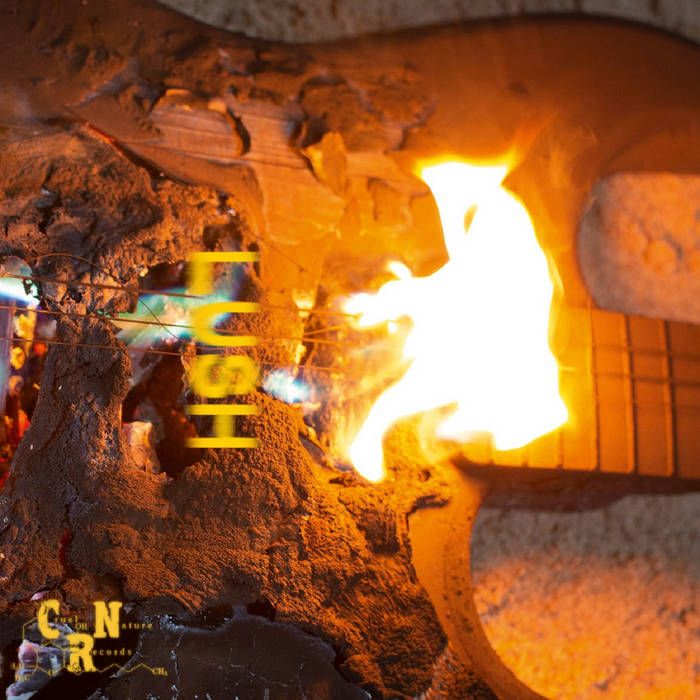 Michael Carter This starts off with a 30 minute track which is repetitive and monotonous but it gradually wears you down into a trance like state which is pretty cool.If you are familiar with Haikai no Ku then this is similar but more drawn out and other influences creep in,at times it reminded me of Skullflower.Overall this is awesome.

"Mike Vest happens to be in several noisy bands I really, really rate, notably Ozo, Bong, Blown Out, 11Paranoias and Drunk in Hell. And now, while I’m wondering if the guy has somehow mastered cloning and not told anyone, you can add to that staggering list Lush Worker, his solo project.

Cruel Nature, one of two Newcastle-based cassette labels who represent the city’s tight-knit but remarkably prolific and outstandingly strong underground scene, which is a melting pot for all shades or nasty noise and dark metal-orientated music, here serves up a whopping portion of Lush Worker, with three albums bundled onto a limited-edition double cassette spanning nearly two hours of what they describe as ‘heavy shockwave drone and dream guitar noise overload, perfect to bliss out to’.

The first of half a dozen Lush Worker releases from 2019, Cruise was first released digitally last February, and essentially comprises the twenty-eight-minute title track, a long, swirling guitar drone that straddles shoegaze and ambience, with a brace of shorter (sub-two-minute) ‘sample’ tracks, omitted here presumably for space, continuity and purpose. Because while this may be three albums, it may s well be one monster album, and is perhaps best approached as such.

Admittedly, no-one is likely (alright, I’m making a substantial assumption here) to listen to this either an album at a time, or as a whole in a single sitting. Not because it doesn’t flow perfectly as a single-sitting piece, but because even in lockdown, does anyone have that kind of time?

So ‘Cruise’ cruises on, slowly, a spiralling cathedral of guitar that simultaneously drones and soars in a mess of wailing feedback and misshapen chords. There’s some distant beat in the mix, but its submerged beneath an undulating tide of treble.

The five cuts of ‘slow burn guitar’ from the appropriately-titled Uplift, released in October 2019, with the exception of ‘Flatliner’ are all around the nine-minute mark, and are more rhythmic, if not necessarily overtly structured: ‘Sub-Ether’ is a heavily psychedelic shoegaze swirl, centred around a repetitive, cyclical motif overlaid with layer upon layer of FX-soaked overdrive, with the album tapering to an elongated buzzing drone on ‘Frozen Egypt’, where it’s the slow-melting bass trip that makes it.

Somewhere in the haze of dubby desert rock, there’s a soaring experimental psychedelic drone on ‘Slow Zone Design’, and howling lead guitars duel against one another, occasionally colliding in a smash of metallic sparks.

Although presented here out of sequence (and the cassette sequence is different again from the digital release), with Hb1c MkII having been released in May, it makes sense for its two half-hour behemoth efforts to round off this release, mirroring its opening counterpart. However, ‘Hb1c MkII’ is a much mellower piece, a near-ambient drift of echo and delay, the chiming notes floating and fading into a rippling haze, before ‘Sobek 110’ delineates things further, a twenty-eight minute single-note drone at heart, it’s a meditative, medicated, soporific experience.