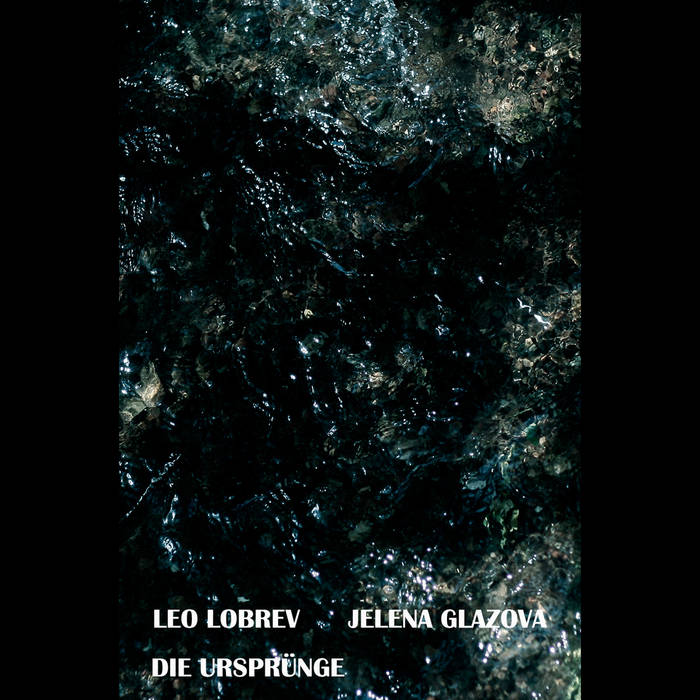 “Die Ursprünge” is a collaborative semi-improvisational album for electronics and prepared piano created by composer-pianist Leonids Lobrevs and sound-artist Jelena Glzova. The concept of the album is referring to an essay written by the German philosopher Martin Heidegger. In "The Origin of the Work of Art" (German: “Der Ursprung des Kunstwerkes”) Heidegger is trying to find an answer to the question on the origin of creative impulse, while eventually coming up with a round definition, a sort of “Möbius strip” answer, hence the origin of creativity still remains unidentified. Unapprehensiveness of the topic makes it especially attractive, so both authors envisaged this subject with a special vigor. “Die Ursprünge” is a story about the tension between the premeditated idea and a realized one. Creative impulse is envisaged as a premonition while facing that difference which is stated when the work of art is finished. The whole piece is a journey of creative impulse, its confrontation with the intuition and collision with the abyss of the unknown and the final realization.

Starting from 2016 he began writing music for films and abstract light installations in combination with electronics. The idea of having several art forms together has been always an important field of exploration. One of the inspirational sources for his music takes roots in vivid colors, as in his spare time Leo paints. Any surface can be a canvas – the only question is which materials to use… These thoughts are often projected on music too. Examples can be found in his Piano Concerto, String Quartet, Satyrus and Symphonic miniature “The Green Element”.