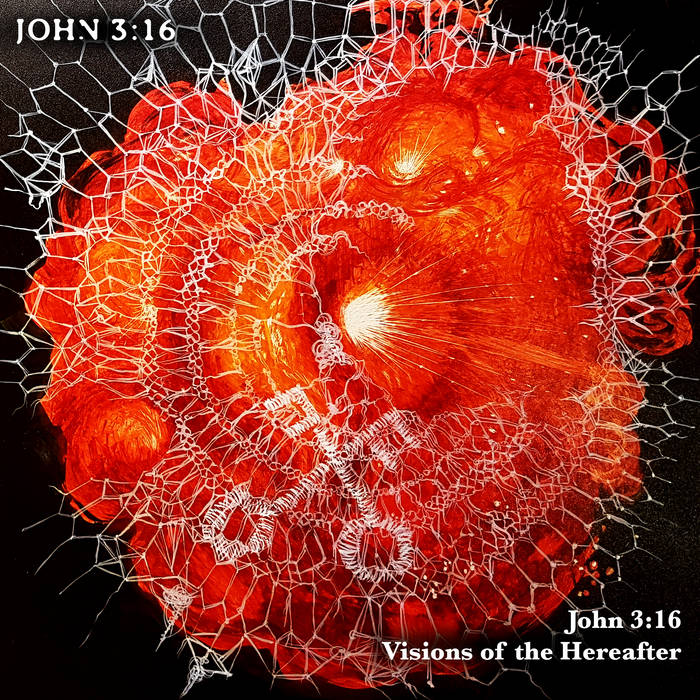 JOHN 3:16 (2007)
Released on Add N to (X)'s label White Label Music in 2007, the first opus untitled 'John 3:16' was entirely recorded on a multritrack Roland VS1680. The album has been described by David Simmons of Bad Acid Magazine as "ambient music for everyone, with an abundance of intellectual originality and musicality to keep even the most embittered elitist fan intrigued and satisfied for hours."

VISIONS OF THE HEREAFTER (2012)
'Visions of The Hereafter - Visions of Heaven, Hell and Purgatory' was released in 2012 via Alrealon Musique (USA) on CD+Digital. The song 'Abyss of Hell / Clouds of Fire' has been co-written with Chicago-based witchgaze musician Carolyn O'Neill aka Rasplyn. Estelle Washington of Sludge Factory Magazine (Australia) described the album as 'a beautiful and moving experience' and Stéphane Froidcoeur of Side Line Magazine (Belgium) wrote that "'Visions Of The Hereafter' is a successful debut coming out of the hands of a creative and genius musician who has been maybe touched by the hand of God."

Both re-mastered at All Real Sound in 2019, these reissues are offered via Cruel Nature Records in a very limited edition with an original art by the renowned Nicole M Boitos Hayworth (Swans, Insect Ark, The Body Lovers, Red Sparowes).

JOHN 3:16 is the guise of Philippe Gerber, formerly one third of the London based trio Heat From a DeadStar (2004–09), who became the first non-US band to be signed by Rick Harte’s Boston based Ace Of Hearts Records (Mission of Burma, Lyres, The Neats). As JOHN 3:16, Gerber’s music has been released by Alrealon Musique, LCR Records, Cruel Nature Records, Flood Records, 75orLess, White Label Music and more. Gerber has collaborated with the likes of Oxbow’s vocalist Eugene S. Robinson, Pas Musique, Philippe Petit, Anthony Donovan, Peter Webber, and Mark Harris.

SIDE B. Visions of The Hereafter
Mixed in Geneva, Switzerland in 2012.
Mastered at ALL REAL SOUND (USA) in 2019.