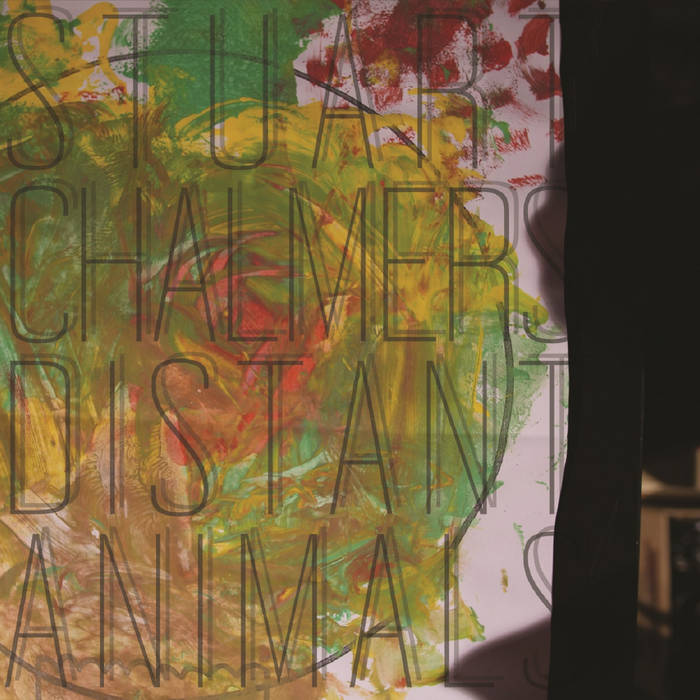 Stuart Chalmers and Distant Animals explore the line between improvisation and composition with two long-form works for acoustic and electronic instruments.

The works are tied together by more than just a shared location, however. The two tracks are born of a careful, explorative navigation of timbre and rhythm, the line between acoustic and electronic sound constantly called into question.

"ive performances of experimental electronic work, particularly when involving an element of improvisation, can be somewhat hit and miss, and what’s more, sometimes, much of the wonder and appreciation is derived from witnessing the performance itself, as much as the sound.

This album was recorded live at Cave 12 in Geneva in 2019, when Stuart Chalmers and Distant Animals shared a stage is a document of a moment in time, and is one that explores differences and similarities. Each act occupies one side of the limited-edition cassette (of which there are just 45 copies) and naturally, a track each on the digital version, and each track contains a full performance from each artist.

Chalmers’ set is a sparse, minimalist affair. Clanking chiming notes – partially atonal, and entirely arrhythmic plink, plonk, clatter and clink every which way. It is detuned strings? Is it a glockenspiel, xylophone, or similar? Whatever the sonic source, it increases in speed and urgency, but not in musicality, and a flat chord shreds and mangles as though strumming a washboard with relentless frustration. While the performance is brimming with energy, there’s a purposeful tonal flatness to this.

At times a clattering clang, a monotonous chang of deadened notes, and a tension-building thrum that grates away relentlessly, Chalmers’ set is never comfortable, never easy, never really breaking into the realms of melodic. The relentless scrapes and scuffles scratch away for twenty-three troublesome minutes. It’s rhythmic and does build in a certain way, but it’s slow progress that’s uncomfortable. One suspects that this uneasy sensation would only be heightened during the actual performance.

Distant Animals’ set is more overtly ambient, a twenty-minute piece that centres around twisting dronescapes and elongated crawls. The layers ripple and rub against one another to create not a dissonance as such, but a vibration of frequencies.. but suddenly, around the mi-section, the storm breaks and dissipates… there is a calm. Soothing synth waves of something that borders on electroprog crossed with chilled-out electroambient. Its trajectory is very different from Chalmers’ – instead of a single, linear trajectory that works its way to a specific end point, they navigate a series of passages and movements that segue into one another to form a meandering journey, which eventually tapers to a fade that leaves you wondering if it was all a dream, and wishing you had been there." (Aural Aggravation)

Recorded live by Benjamin 'Benouz' Ephise at Cave 12, Geneva, Switzerland 27 November 2019. Thanks to Alain, Sixto and Marian for organising the show.