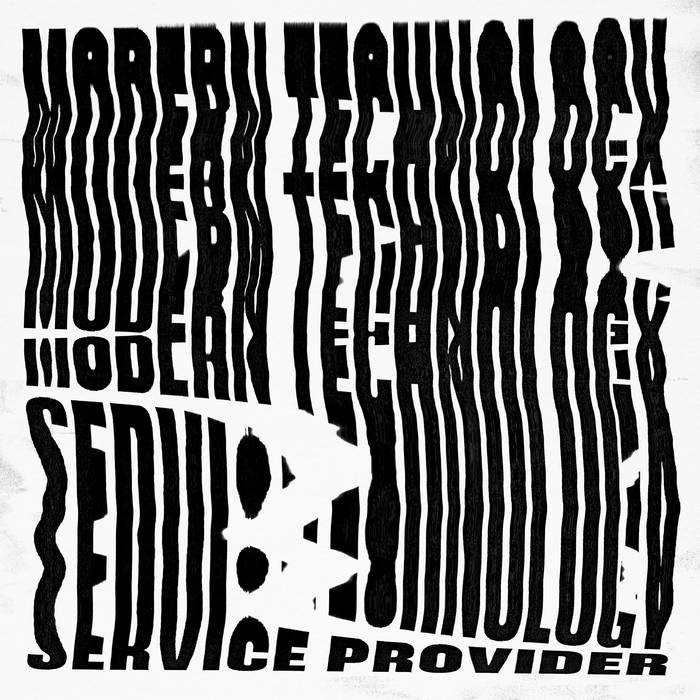 "An intensely physical experience, which captures the force of the band’s live performances perfectly...they sustain the bludgeoning impact throughout, making for an absolute monster of an album. It’s hard to fault service like this." – Aural Aggravation

"The heavy and intense brand of noise-rock that's spat out by London's Modern Technology is so dense and ferocious, it's hard to believe the band consists of only two members. " – The Quietus

“Really creative, off the wall, but still noisy and still with an edge to it. This is another band that sound vital and essential, and the fact they’re doing something constructive with it as well... I think that’s amazing” – Ninehertz Podcast

Introducing the first full-length for UK duo Modern Technology and the first physical release from new charitable label Human Worth, with 20% of all proceeds (plus the extra 10% that Bandcamp usually takes on the upcoming fee waiver days on 5th June and 3rd July) split between the amazing charities The Trussell Trust to help support their nationwide network of food banks, and Black Minds Matter to help provide mental health support to black individuals and families.

"Modern Technology make a hell of a racket, far more than two people ought to be able to. Maybe someone’s made a pact with the devil - specifically, the people at the top of the social pyramid, the rest of us fitting into the bargain only as a sacrifice. Modern Technology set the cries of those of us unfairly damned by our social ‘betters’ to music. Owen Gildersleeve thunders out pummeling drum lines while Chris Clarke rains down ferocious distorted bass, playing riffs as aggressive as they are tense. Over the top of it all Clarke bellows a mix of anguish and rage. It’s a bleak and nihilistic sound, reminiscent of a more organic Godflesh, with lyrics to match. This is music well-suited to soundtrack a year that feels like society’s season finale. But Modern Technology aren’t wallowing in all of our socially-induced misery. They’re expressing it in order to live - to fight - through it.

Putting their money where their (fucking loud) mouths are, the band have started a charity-centered record label, Human Worth. The label’s a living assertion of its namesake, putting out art that’s angry at the denial of human worth, and using it to raise funds for good causes. Modern Technology’s first LP, “Service Provider,” recorded by noise rock maven Wayne Adams at Bear Bites Horse studio, will be Human Worth’s second release and first physical release. Modern Technology’s molten riffs express the volcanic rage felt by everyone who understands the world for what it is, while channeling their anger toward forging something better - so that one day when the devil finally slips up, we’ll all be ready to make a break for it." – Nate Holdren